Classical singer gives back to Lincolnshire Hospital with charity album

Elaine Huckle, a local classical singer of some note, is raising money in honour of Lincolnshire Hospitals with the release of a new album.

Elaine, who last year sung with the NHS Band at Christmas at The Stump in Boston for the Hospital Carol Service, volunteers with The Chaplaincy at Boston. To recognise the commitment of the staff there, she wanted to do something positive.

As if that wasn’t enough motivation, Elaine beat cancer twenty years ago and admits that, were it not for the support of the NHS, she would not have “found herself performing in this album today”.

Another key inspiration which inspired Elaine is the charity Nordoff Robbins, who helps people through music therapy. This is particularly close to home, as her own brother-in-law died two years ago having suffered with dementia. He loved music and, Elaine admits, music helped her through her own diagnosis and recovery of cancer.

The end result of all this is the new album Songs for Everyone. All of the proceeds will be going to United Lincolnshire Hospitals and to Nordoff Robbins. Elaine also hopes that the songs will bring “hope and happiness to patients and families”.

The album costs just £10 and can be brought at The Hospital Shops, The Stump, Boston Donaldsons in Heckington. It can also be brought online or by calling 01529 461704. 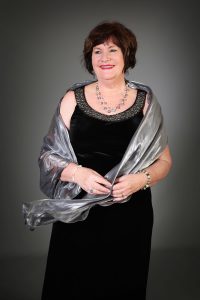